Deep-South Resources (OTCQB: DSMTF) is a mineral exploration company that primarily explores for copper deposits. It is also one of our top picks that we think has the potential for at least a five-bagger in the near-term. Copper is one of the world’s hottest commodities as demand is being boosted by its vital role in a number of rapidly growing industrial uses, such as home wiring and plumbing, electric vehicle batteries, and semiconductor wiring. In our opinion, investors in copper and copper stocks could see significant price appreciation over the next six to 12 months.

Copper Is “The New Oil”

Bank of America commodity strategist Michael Widmer said copper, which is currently $9,985.35 per ton, could spike to $13,000 in the near future. David Neuhauser, founder and managing director of U.S. hedge fund Livermore Partners, told CNBC that copper is “the new oil.” According to Bank of America, as a result of the infrastructure bill, the economic reopening, and global decarbonization, the world risks “running out of copper” amid widening supply and demand deficits. B of A’s Widmer went on to say prices could hit $20,000 per metric ton by 2025.

What’s the best way to profit from this increased demand for copper that will result in higher prices? If you are thinking you can stop by your bank and buy enough rolls of pennies to fill your car trunk, forget it. Copper is such a precious commodity; pennies are made mostly of zinc now. You could buy commodity futures or derivatives, but unless your timing is correct, you could end up with a loss. Buying copper stocks is probably your best bet, but which stocks should you buy? 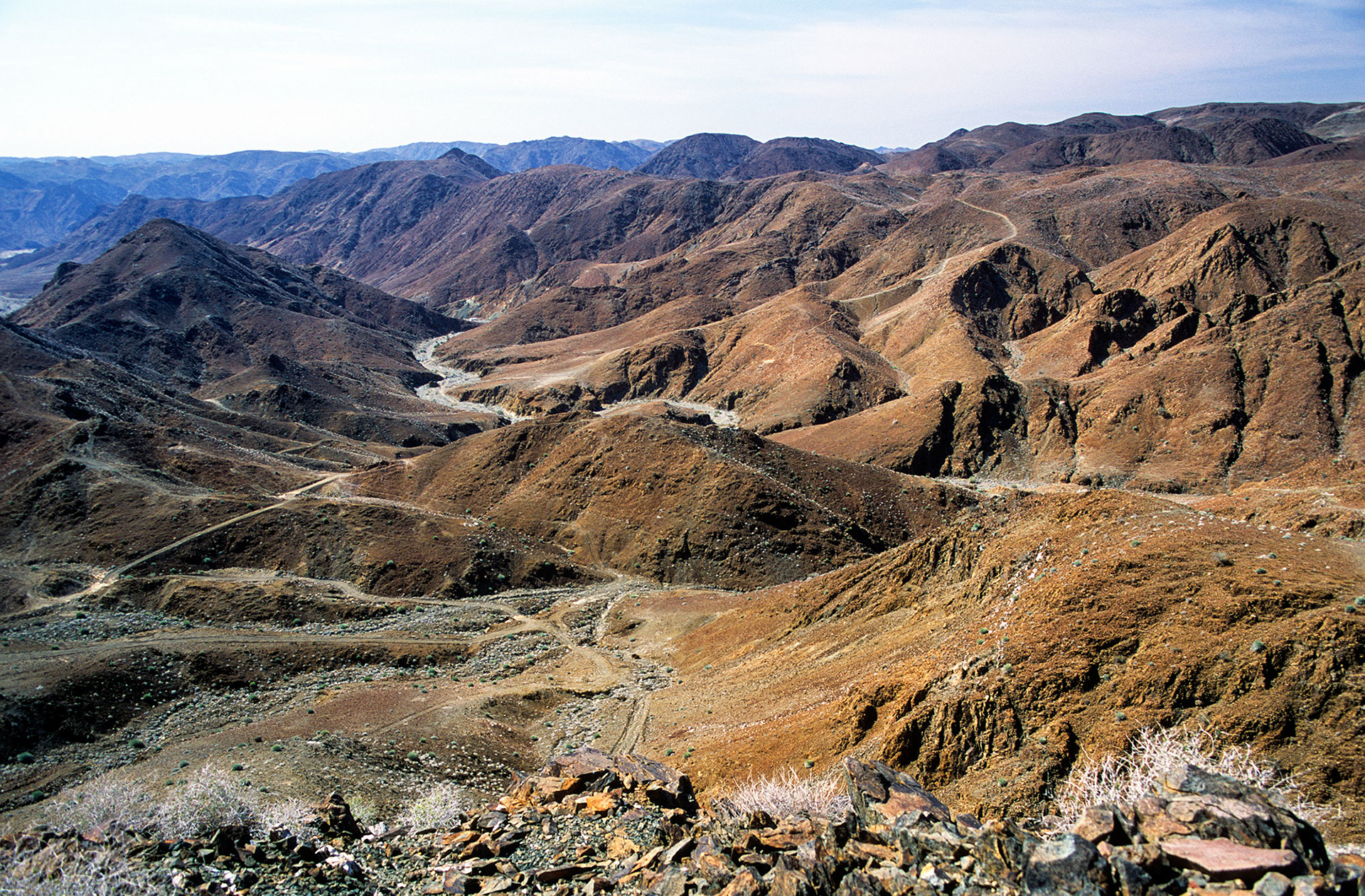 Copper is the new oil.

The Three Categories Of Copper Stocks

Existing producers, exploration companies, and development stage companies are the three categories of copper stocks. Exploration companies are too speculative, because of the long lead time to drill out a world class project and get it into production. Shares of existing producers have already had significant price appreciation. While more upside is expected, it might be more appropriate to look at the development stage copper companies with significant copper assets.

In our opinion, within the category of development stage copper companies, those companies with advanced copper projects provide the best leverage to profit from the copper megatrend. Companies like NGEX Minerals (TSX-V: NGEX), Oroco Resources (OTC: OROCF), and Solaris Resources (OTC: SLSSF) are all well-managed companies and provide outstanding opportunities. The best strategy might be to do some homework and add several of these companies to your portfolio. But the best opportunity, in our opinion, is Deep-South Resources.

Here is why we believe Deep-South Resources offers investors such a tremendous opportunity to profit from, not only higher copper prices, but extraneous circumstances as well. Deep-South Resources’ main, pre-feasibility stage project has been the Haib Copper project in Namibia, which is one of the largest copper porphyry deposits in Africa and one of the oldest in the world. The Haib Copper project is estimated to hold a 43-101 resource of 5.3 billion pounds of indicated & inferred copper resources. A recent preliminary economic assessment (PEA), which is a study that includes an economic analysis of the potential viability of a project’s mineral resources, shows robust returns even at $2.65 per pound for copper. A well-managed company, insiders of Deep-South currently own 12% of the company, while its largest shareholder, Teck Resources, which is Canada’s largest diversified mining company, owns 16%.

Here is where the opportunity begins – On June 16, 2021, Deep-South Resources announced it had received notice from the Ministry of Mines and Energy of Namibia that its application for the renewal of its Exclusive Prospecting License 3140 had been denied. Deep-South’s stock sold off sharply and dropped from the $0.18 – $0.20 range to the $0.04 – $0.05 range.

The Ministry of Mines cited the Company’s inability to advance the License to Pre-Feasibility and complete the proposed drilling program as planned. Deep-South Resources requested an urgent meeting with the Minister to review and reverse the decision, and said in a press release it was “convinced it is a misunderstanding.” Deep-South ended up in court and told the judge that the Ministry was kept well apprised, with no objection on their part, of a proposed change from the Pre-Feasibility study to upgraded Preliminary Economic Assessment (PEA) and commencement of a full feasibility study. Moreover, the Ministry issued all permits required for the drilling program and is well aware that Deep-South has completed the drilling program.

Pierre Léveillé, President & CEO of Deep-South stated, “In the context that the Company is well funded and moving ahead with a large development program, the decision of the Minister is surprising and certainly not in the best interest of the development of the mineral resources of Namibia. We believe that a meeting with the Minister will remove any possible misunderstanding and the situation will be rectified in the shortest time frame possible. We are hopeful that our efforts to meet with the Minister will reach a positive outcome.”

In our opinion, one of three scenarios will play out for Deep-South Resources. All three are positive. First, Deep-South gets its Haib property in Namibia back and the stock trades higher. Prior to the current legal battle, shares of Deep-South were considered undervalued. Red Cloud Securities, which is one of Canada’s top brokerage firms, published a report on Deep-South Resources on March 25, 2021 with a price target of C$2.00 per share. That’s about $1.60 here in the U. S. Red Cloud’s analyst does a great job explaining the potential of the Haib project, so if you want to do some more due diligence, you can read the report here.

The second scenario is that Deep-South gets another property. A slight variation of this would be that Deep-South secures another property and they get the Haib property back. For investors, this would obviously be a win-win situation. It could also be a very real possibility. Pierre Léveillé, President & CEO of Deep-South, is a seasoned veteran of the mining industry. He has publicly stated that Deep-South is actively seeking other precious and base metals projects in stable countries. With his years of connections and sterling reputation, Monsieur Léveillé should not have a problem finding another copper property worthy of development that will significantly increase the valuation of the company’s share price.

The third scenario is that nothing happens, Deep-South does not get the Haib project back, and it does not find another project. In our opinion, this is highly unlikely. If, however, it should happen, Deep-South Resources has several million dollars in cash and its shares trade on the TSX-V, the OTCQB, the Berlin Exchange, and the Frankfurt Exchange. This means the value of the publicly traded vehicle is worth close to what the stock is trading for now. Even if this worst-case scenario happens, we believe there is limited downside. The heavy lifting has already been done by the shareholders who bought the stock at higher prices.

Deep-South Resources has/had a world class copper project in the resource-rich African nation of Namibia. Copper prices are on the rise as a result of increased demand. The Ministry of Mines and Energy of Namibia informed Deep-South that its application for the renewal of its Exclusive Prospecting License 3140 was denied citing the Company’s inability to advance the License to Pre-Feasibility and complete the proposed drilling program as planned. Deep-South maintains that the Ministry was kept well apprised, with no objection on their part, of a proposed change from the Pre-Feasibility study to upgraded Preliminary Economic Assessment (PEA) and commencement of a full feasibility study. Moreover, the Ministry issued all permits required for the drilling program and are well aware that Deep-South has completed the drilling program. Deep-South filed a lawsuit against the Ministry of Mines, which is currently being heard by a judge in the High Court of Namibia.

In our opinion, we believe the needle is pointing toward Deep South Resources winning in court. However, even if Deep-South loses, we believe that there is a high probability the Company will secure another copper property worthy of development that will significantly increase the valuation of the company’s share price. Also, in our opinion, there is very minimal downside risk for shareholders buying the stock at these levels.

Get Our Small-Cap Stock Picks and Alerts!